After fifteen years spent in France when she wore the colors of Toulouse FC, Paris Saint-Germain and Paris FC for instance, Karima Benameur in 2019 when she signed with Manchester City. A great experience for the french goalkeeper, who joined one of the best club of Europe. The French international accepter to answer our questions.

It was one of her main objectives during her career. Conquering another league and discovering another club in a foreign country. In july 2019, after fifteen years spent in D1 Arkema, Karima Benameur signed a contract with Manchester City, a booming club that won the FAWSL in 2016 and wants to be in the spotlight in UWCL.

Last season, Karima Benameur and the Skyblues ended at the third place in FAWSL after that competitions stopped because of the coronavirus. Her arrival at Manchester City, her look on the D1 Arkema and FAWSL, the french national team … the French international tells us everything in an exclusive interview for Le Sport au Féminin.

I really wanted to discover something new, other ways of playing and training. I needed a new environment. Manchester City contacted me and I didn’t really think about it. My adaptation ? It was a bit complicated first as I didn’t speak the language but the girls and all the staff were great. They helped me a lot. The training sessions are really different that what I used to know, in terms of stretching, work out and mobility. I’m thirty one years old and it was a great opportunity for me to come here. That’s all I needed.

Her look on the last season

We had a great season last year. We could have won the championship if the Covid-19 hadn’t interrupted all competitions .. we’ll never now ! Anyway, now we are focused on the next season and we want to do even better. The battle for the title with Arsenal and Chelsea is really exciting. Our last game against the Blues ended with a spectacular (3-3). But in FAWSL, there are no “easy games”. Every game is a new battle, we must be focused and concentrated all the time if we don’t want to loose points.

The arrival of a lot of french players in FAWSL

I think that’s great ! The french division is a competitive league but still needs to improve and evolve to become one of the best league in the world. Today, Olympique Lyonnais, Paris Saint-Germain, Bordeaux and Montpellier do their best to have a good feminine team. I understand that some of my compatriots (Maeva Clemaron, Valerie Gauvin) decided to come here. Discovering a new league is always exciting and enriching.

The differences between FAWSL and D1 Arkema

There are a lot of differences physically and tactically. The level is higher in FAWSL because the league is more consistent. Globally, the FAWSL is more attractive because as I said before, every match is a new battle. Here, every game is tight and can go either way. In England, heads of FAWSL act a lot to promote feminine football. Last year for instance, the big games were played in mythic stadium like Anfield, Old Trafford etc .. There is a bigger support of fans here and that’s great.

It was hard for me to follow every game because I learned quite late that I wouldn’t be part of the group. It was hard for me to accept it, I tried to think about something else at this time. Anyway, I was proud of what France did during this world cup, even though we could have gone further in the competition. The passion was tremendous during the World Cup and this was something new in France. An objective to be back in selection ? My first objective is to perform with Manchester City and help the club growing up. If the coach calls me, of course I would be glad to go back with the team. It’s always a pride to play for your country. 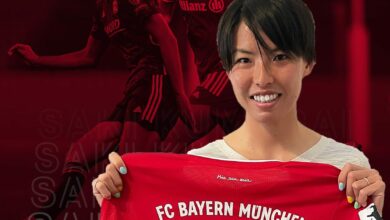 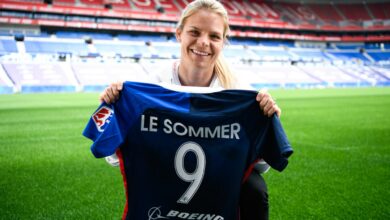 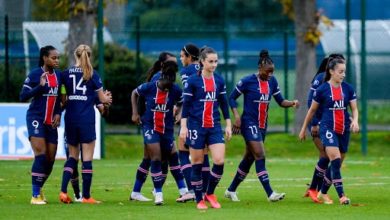 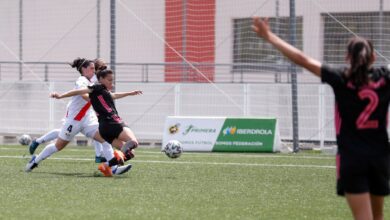